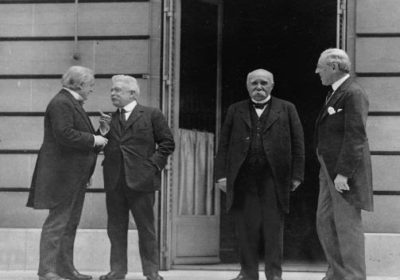 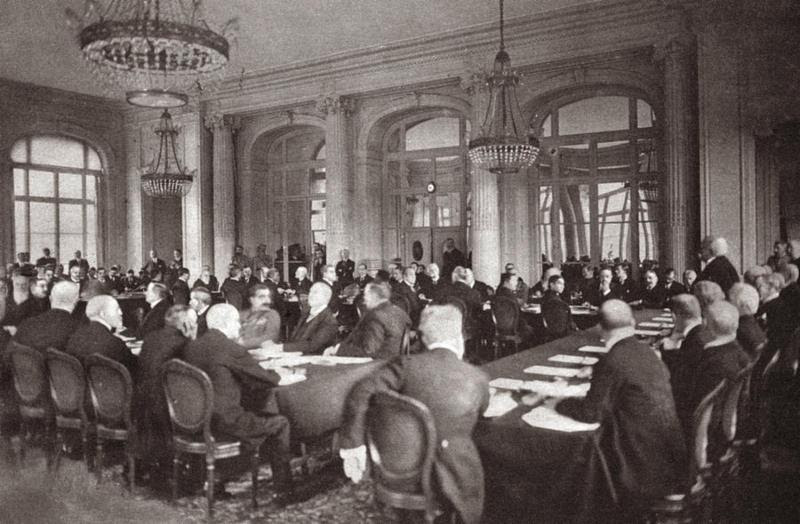 The Peace of Versailles sets the stage for the modern world, including WW ll, the Cold War, the wars of National Liberation  and much of the geo-political strife we face today. 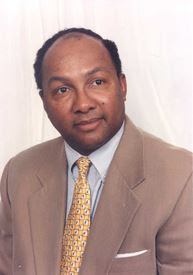 Dr. J. Holmes Armstead Jr., J.D., Ph.D., L.L.D., D. Litt., D.H.L. (hc), Professor (ret) US Naval War College. He is retired professor of Strategy and International law from the US Naval War College. He has taught international law, strategy and national security policy for nearly 40 years. Professor Armstead has served on faculties at Stanford University, Pepperdine University, the University of California, the University of Nevada, Southern University the US Naval Postgraduate School, Lewis University, the Virginia Military Institute and Washington and Lee University. He has also lectured at the British Joint Services Staff College and taught as a visiting professor at the Universite d’Pau in France and as an exchange professor at Richmond College in the University of London. He has lectured at senior staff colleges in Poland, Austria, Germany, Slovenia, and Malawi, as well as at the US Army War College, at the United States Military Academy and the South African Military Academy.

Jim has served as a research associate at the prestigious RAND Corp, which sponsored his dissertation “Lightweight Power Projection,” and has been Chief of Staff to a Member of Congress. Working for the Department of Defense he participated in negotiations enlarging NATO with the accession of Poland, Hungary, Slovenia, Slovakia, Albania, Latvia, Lithuania and Estonia. Jim has assisted in drafting constitutional reforms in Montenegro, South Africa, Poland, the Congo, and Lithuania and is currently Of Counsel to the American Bar Association Office of Human Rights. Dr. Armstead lectures on International law at the Austrian Academy of Higher Military Studies in Vienna.

Dr Armstead received his undergraduate education at the University of Illinois in history and anthropology and was graduated in 1968, received his J.D. in 1975 from DePaul University, returned to the University of Illinois where he undertook graduate studies in public policy and economics and was awarded a Ph.D. in public policy analyses from Pacific Western University In 1981. Additionally, he holds a advanced certificate in International Law from the Instituto Superiori Internationale Criminali Science in Siracusa, Italy and is the recipient of 3 honorary doctorates.
During his career he served in the United Nations Secretariat where he was the English language editor of the Treaty of Rome, which created the International Criminal Court at the Hague, and has served on missions with the Organization of Security and Cooperation in Europe as an international election observer in Belarus, the Ukraine and Kyrgyzstan. Jim served as an Armor, JAG and Civil Affairs Officer in the United States Army, the US Army Reserves and National Guard in staff and command assignments from battalion to corps level, eventually serving as a special aide to the Secretary of the Army and he continues as a volunteer in the Virginia State Militia, involved in operations, training, JAG, and Inspector General assignments.