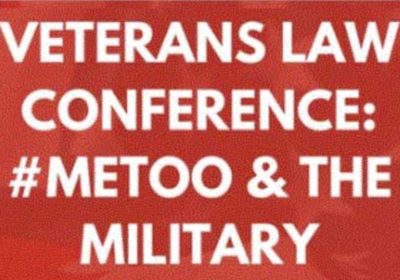 Golden Gate University School of Law (GGU Law) hosts its 7th Annual Veterans Law Conference with the focus on military sexual assault through the lens of the #MeToo movement. The goal of the conference is to highlight the problem of military sexual violence in order to help craft better preventative solutions.

Studies have concluded that a woman serving in the US military is more likely to be sexually assaulted by a fellow soldier than to be killed when deployed to one of the current combat zones. The organization Protect Our Defenders’ fact sheet sets out estimates that 13,000 women and 7,500 men in the military were sexually assaulted in 2018. 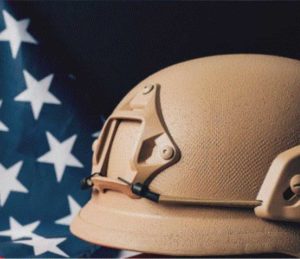 The #MeToo Movement that exploded in October 2017 built on the power of this phrase coined by Turana Burke in 2006 to support girls and women of color who have been subjected to sexual violence. The power of the #MeToo movement has shaken a broad spectrum of public and private sectors – political figures, the judiciary, higher education – and industries – entertainment, culinary – just to name a few, and is beginning to lead to legal reforms to better protect and support survivors. There have been recent calls to bring the #MeToo movement to the military, given the history of sexual violence going back to the 1970 Tailhook scandal. While there have been numerous congressional panels and reforms to address the problem of sexual violence in the military, and some success, there remains a long way to go.

This conference highlights the issue of sexual violence in the military and how aspects of this problem are unique to the structure of the military itself, as well as to the nature of the process for reporting, investigating, and punishing. This includes how the preference for reliance on the chain of command impacts and limits the potential for success of other reforms. The conference also highlights how military sexual assault impacts survivors, including post-traumatic stress and other health concerns.

Speakers and topics for this event include:

GGU Law, which has a proud tradition of expanding access to legal education, is the first law school in Northern California to have a Veterans Clinic on campus.

Golden Gate University School of Law: Located in the heart of San Francisco,  GGU offers a diverse, cutting-edge, & personalized learning experience for the lawyers of tomorrow For more than a century, GGU Law has been dynamic, flexible, and supportive law school committed to serving students and helping them succeed.