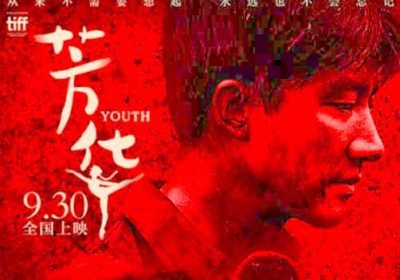 Youth (Chinese: 芳华; pinyin: Fānghuá) a 2017 Chinese coming-of-age drama film. It follows a Chinese Army dance troupe and its members through the Cultural Revolution, the Sino-Vietnam War, and concludes when the Veterans come home in the 1990’s. The country has gone capitalist, and others are getting rich while the combat Veterans struggle with physical and psychological wounds.

Youth is based on a semi-autobiographical novel by a Chinese army Veteran of that war, and the producer of the film was also a Chinese army dance troupe Veteran. In a sense, this might be vaguely compared to Oliver Stone’s movies about the American war in Viet Nam.

This Veterans for Peace sponsored screening is followed by a short discussion by American combat Veterans who compare their war and coming home experience to the Chinese Veterans’ experience as portrayed in the film.

Youth is directed by Feng Xiaogang and written by Geling Yan. It was screened in the Special Presentations section at the 2017 Toronto International Film Festival. It was scheduled to be released in China on October 1, 2017, but after previews in Beijing and other cities was pulled from the National Day schedule. It was released on 15 December 2017 It was the 6th highest-grossing domestic film of 2017 in China.