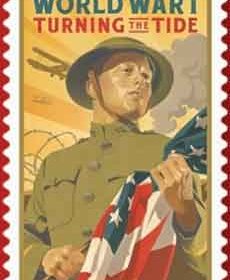 The Turning The Tide Stamp was issued this year to honor the centennial celebration of the end of World War One. This stamp, along with unique envelopes called cachets, will be offered during a special event for collectors, historians, the public and supporters of our military. Sale hours are from 10am until 4pm on Tuesday, 2 October, in the Lobby of San Francisco’s Veterans Building, 401 Van Ness Ave.

The cachets have eight different themes about America’s participation in World War One including U.S. Women, African-Americans, the U.S. Army, etc. Each cachet shows a collage of images including period posters and photos of men and women. Each cachet also tells a story about the role they played in helping to win the war.

There will be a short ceremony at 11:00 am. Please join us and help us remember and honor their memory.

On back of each envelope

Lafayette, we are here spoken at the tomb of General Lafayette by Col. Charles E. Stanton, aide to American Expeditionary Forces commander John Pershing Staton, proclaimed that Americans have arrived to repay the debt owed to France for helping the United States become an independent nation. 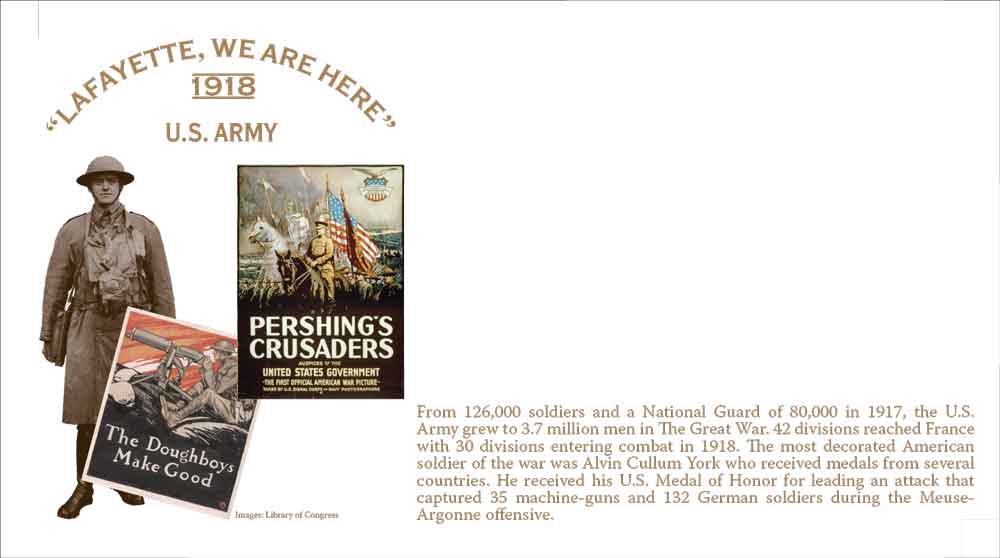 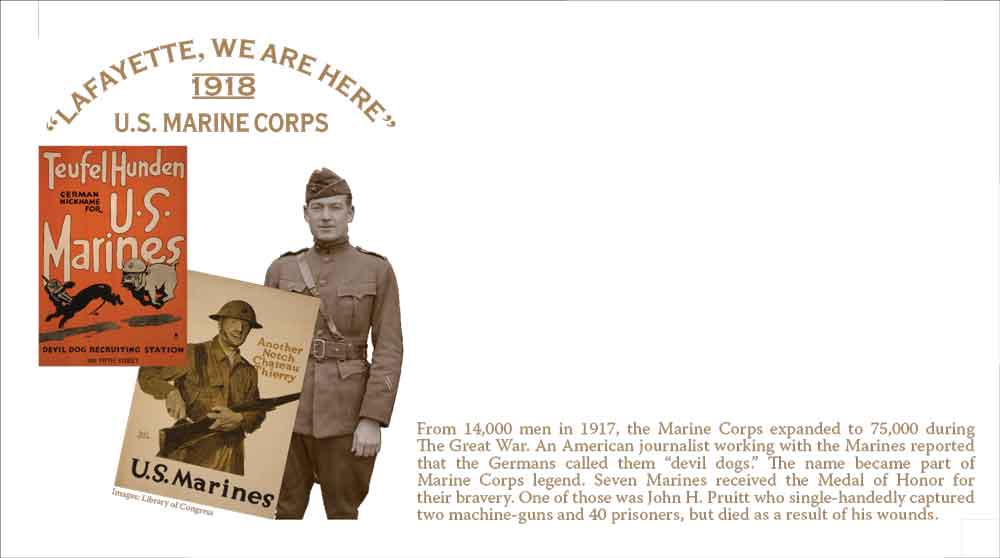 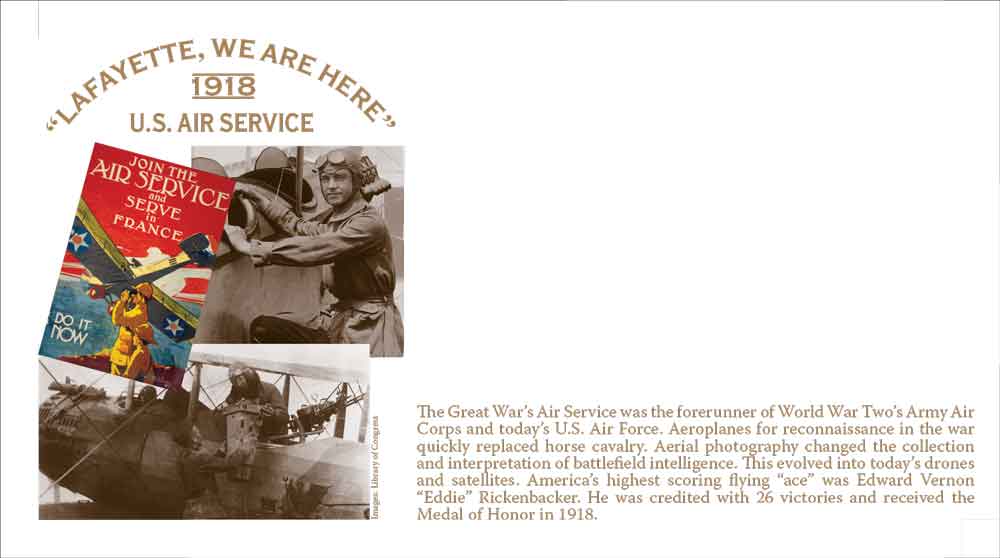 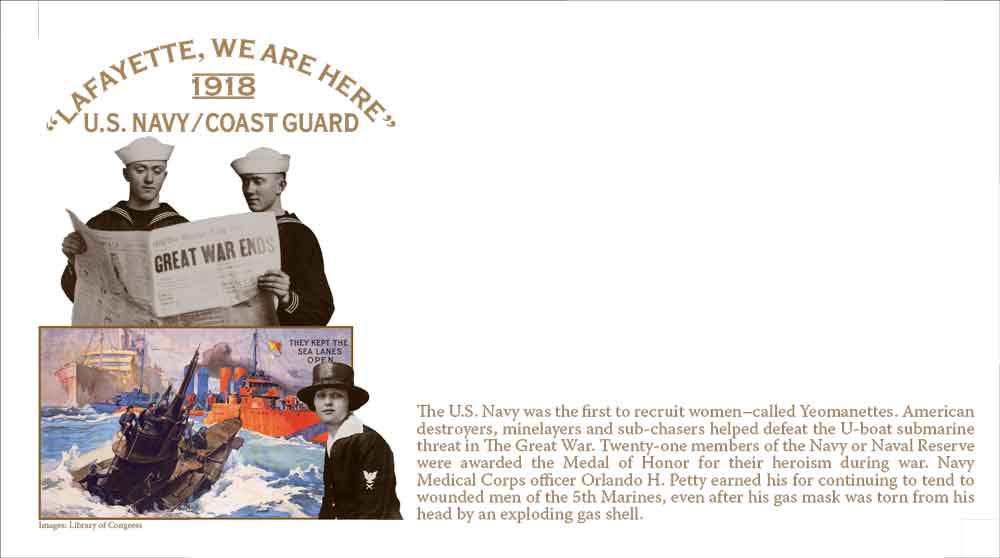 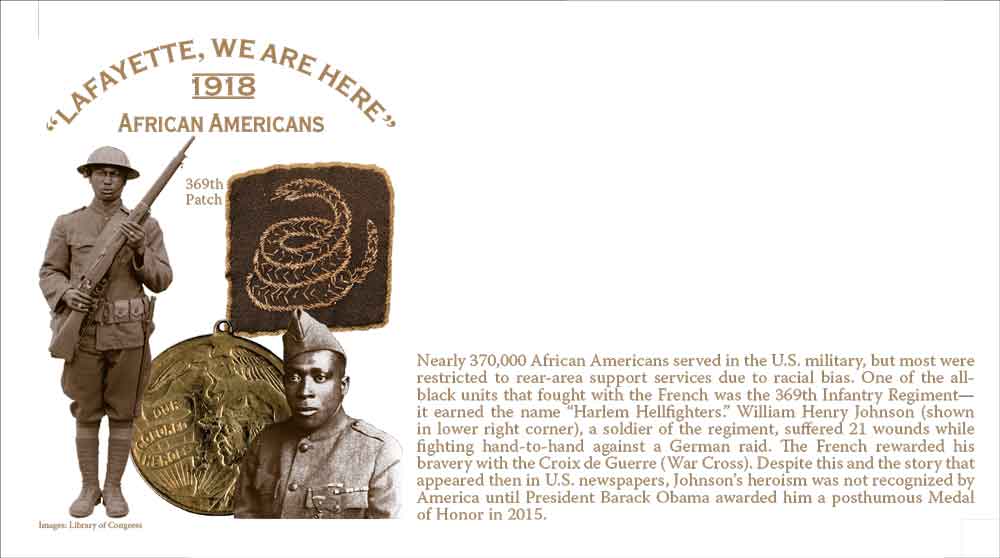 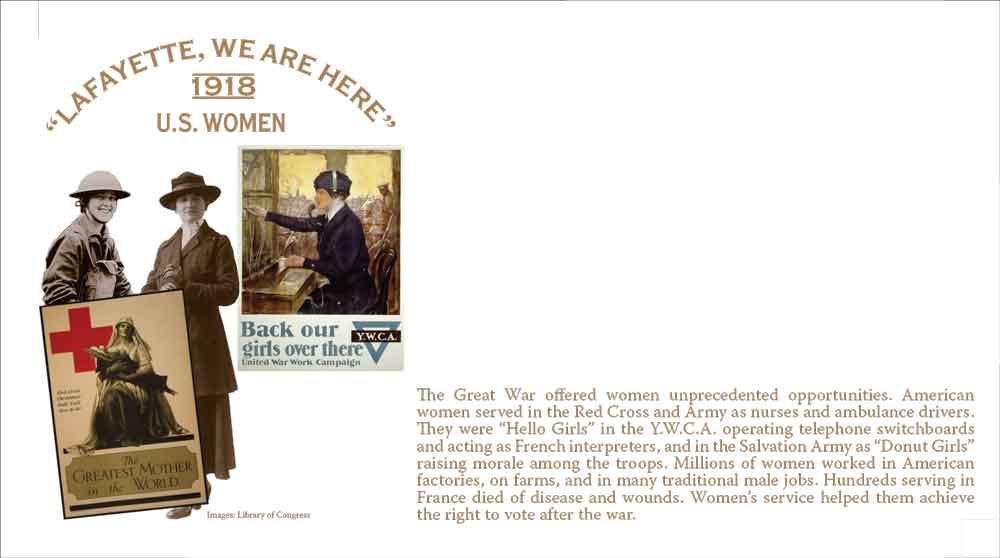 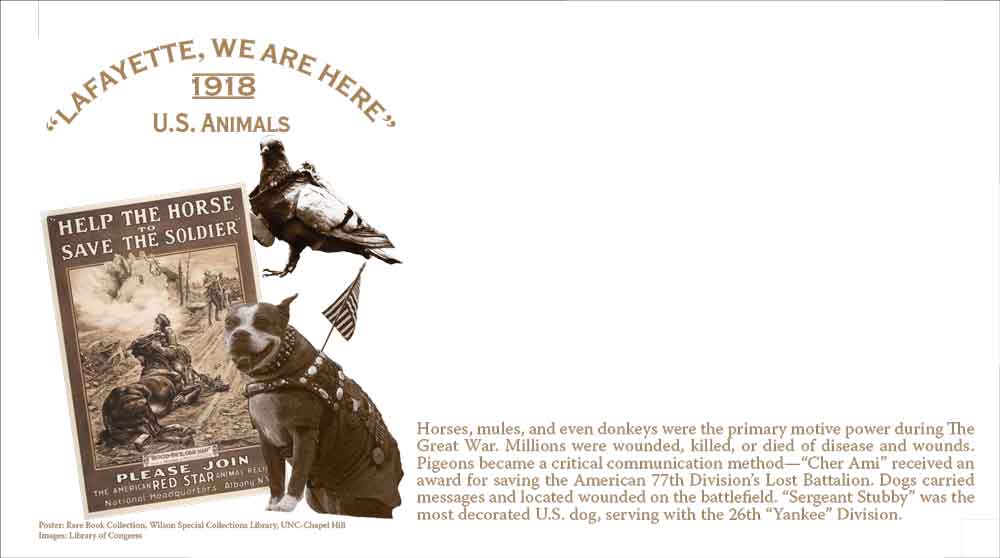 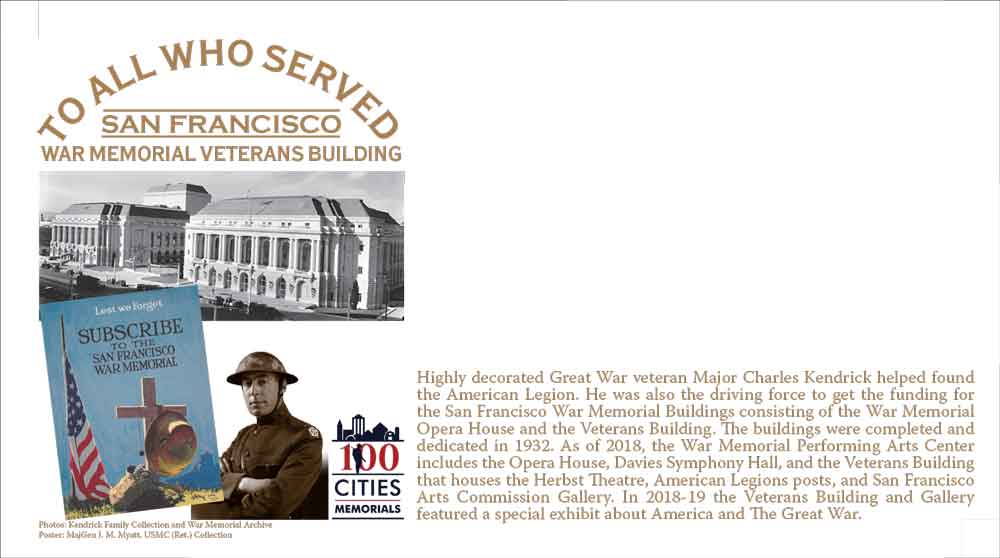