On the eve of the 101st Anniversary of the United States entering World War 1, the U.S. World War I Centennial Commission and the Pritzker Military Museum and Library announced the final 50 WW1 Memorials. They will be awarded grants and honored with the official national designation as “WW1 Centennial Memorials” Leading the List of 100 Official “WW1 Centennial Memorials” are the Los Angeles’ Memorial Coliseum, Chicago’s Soldier Field, San Francisco’s War Memorial Veterans Building and Opera House, and Washington DC’s Pershing Park. 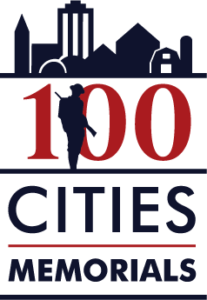 All 100 memorials, in all 100 cities have now been designated including such national landmarks as: Chicago’s “Soldier Field“, LA’s “Los Angeles Memorial Coliseum“, San Francisco’s “War Memorial Veterans Building and Opera House”, Honolulu’s “Natatorium” and Washington, D.C.’s “National World War I Memorial at Pershing Park”. In addition, many smaller local community projects are being recognized such as: Scranton Pennsylvania’s “Col. Frank Duffy Memorial Bridge and Park”, Cape May, New Jersey’s “Soldier and Sailors Monument“, Ocean Springs, Mississippi’s “Emile Ladnier WWI Memorial,” and North Carolina’s NC State University “Memorial Belltower”, to name just a few. The newly-designated memorials are in 37 different states and each will receive a $2,000 matching grant, towards the restoration, conservation and maintenance of these local historical treasures.

The 100 Cities / 100 Memorials program, sponsored by the US World War One Centennial Commission and the Pritzker Military Museum & Library with support from the American Legion and Veterans of Foreign Wars have now awarded $200,000 in matching grants and designated 100 memorials in 100 cities as official “WW1 Centennial Memorials”. 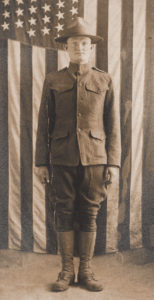 “More than 4 million American families sent their sons and daughters to serve in uniform during World War I, 116,516 U.S. soldiers died in the war and another 200,000 were wounded,” said Terry Hamby, commissioner of the United States World War One Centennial Commission. “100 Cities/100 Memorials is a critically important initiative that will have an impact beyond these grants. These memorials represent an important part of remembering our past and preserving our culture.”

“I am impressed by the community involvement that has sprung from this project.” noted Dan Dayton, Executive Director of the U.S. World War One Centennial Commission. “By focusing on restoring these community treasures, local cities, veterans groups, historical society and citizens have come together to remember the community’s heritage – and that was really a key goal of the program.

Kenneth Clarke, former president and CEO of the Pritzker Military Museum and Library and the originator of the program agreed. “By designating 100 WWI memorials across the nation, we believe the breadth and scope of this initiative will have a ripple effect beyond the 100 “WWI centennial memorials”. By promoting renewed interest and focus on these monuments and memorials — as a nation, we honor the names of those who served and the history of the communities where they lived.”

The profound impact of the war moved citizens in places across the United States to commemorate both the national and local sacrifices from the conflict through monuments, buildings, plaques, parks, groves, even roads and highways.

The 100 Cities/100 Memorials program was created to help draw attention to WWI memorials across the United States, and enables all of America to take part in the WWI centennial commemoration. Many of these WWI memorials have deteriorated due to the ravages of time, exposure to the elements, neglect and even vandalism.

San Francisco’s World War One Armistice Centennial Commemoration Committee is the recipient of the 100 US Cities certificate and check from the Congressional WW1 Centennial Commission. June 25, 2018.

The funds will be used to conserve, restore or improve these memorials. More important, the program is designed to raise community awareness of those who served, and provides a tangible connection to the profound impact this war had on local towns and cities, securing an important place in military history. 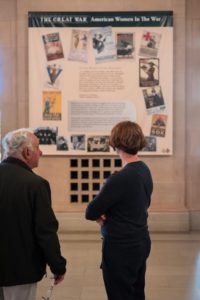 The Veterans Building lobby features a time line exhibit of the war beginning in 1914 through America’s 1917 entry into the war, the 1918 Armistice signing, soldiers returning home in 1919, and building of the War Memorial — dedicated to ‘all who served’ in 1932. Nearly a thousand Bay Area residents died in the conflict.

The Veterans Building (401 Van Ness Avenue, San Francisco) lobby exhibits are open to the public, free, during normal building hours, 8am through 10pm and will remain on display through 2019.