Making Waves: The Rebirth Of The Golden Rule 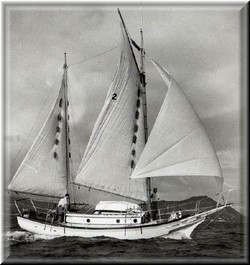 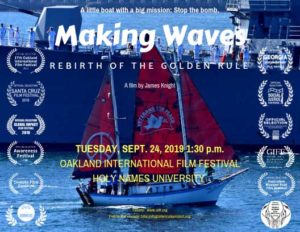 Award-winning documentary Making Waves: Rebirth of the Golden Rule is about the Veterans For Peace Golden Rule peace boat.

Come see and hear the story of Quaker peace activist Albert Bigelow and the crew of three men who risked their lives in 1958 to stop nuclear bomb tests in the Marshall Islands by sailing directly into the blast zone. The crew was arrested and jailed and this sparked public outcry and the birth of the anti-nuclear movement. 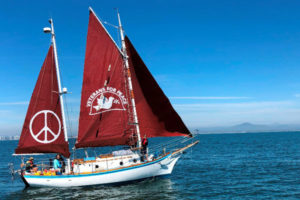 Q & A with filmmakers after screen —  learn about the historic peace boat’s new mission to abolish the bomb and promote “Peace in the Pacific“!